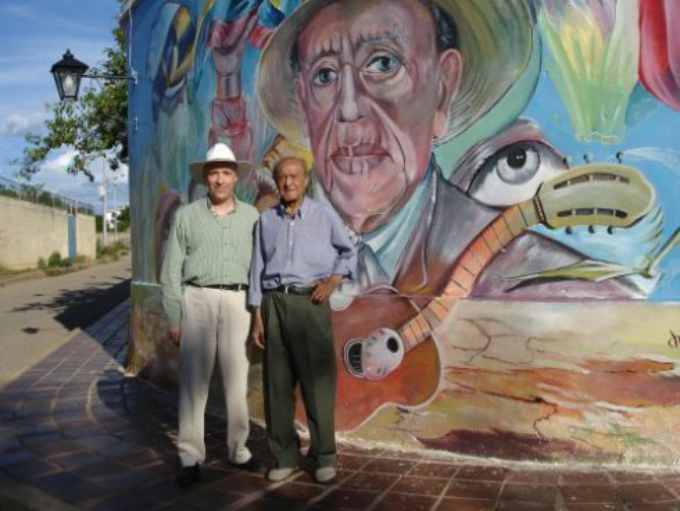 I am greatly saddened by the passing away of Alirio Díaz. Such was my regard for him that he became the focus of the London International Guitar Festival I directed in 2005. Accompanied by some of the finest Venezuelan musicians including oboist Jaime Martinez and cuatro player Leonardo Lozano he gave his last-ever performance in London at the Royal Academy of Music. Of those present, who could forget his improvised accompaniments to Luzmira Zerpa’s beautiful singing? Ah, but was it improvised? He shared that quality with very few artists: appearing to invent the music as he went along. Alirio Diaz: supreme guitarist, wonderful arranger, and a warm and totally engaging human being. I will miss him hugely. Click here for a link to an article I wrote about my first encounter with him in the year 2000.