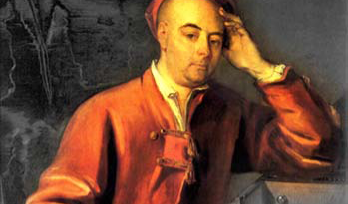 Provided they could afford to travel between Europe’s musical capitals, the 1720s were a great time for music lovers.
Let’s start off in London where Handel presented his opera Il Radamistus in January 1721. Three months later the score was published and you could buy a copy from St Paul’s Church-Yard while Bach in Cõthen presented his six Brandenburg Concertos to the Margrave of Brandenburg, all in the same month. Meanwhile Vivaldi was adding his final touches to The Four Seasons which were published in 1725. He was on the crest of a wave, with many commissions in the diary. The King of France loved the Spring Concerto and requested a repeat performance upon hearing it.
And yet,within a few years,all these works sunk into oblivion. After 1754 no opera by Handel was produced until 1920. The manuscript of the Brandenburg Concertos was “rediscovered” in a library and published in 1850, one hundred years after Bach’s death. And as for the Four Seasons, in spite of being published, they were forgotten until the mid-1920s.
Other composers have suffered a similar fate. Look no further than our own world of guitar. The music of Mertz, Regondi, and Coste was almost completely unknown until the 1970s. Most astonishing of all is the case of Barrios who was known outside Latin America for a couple of pieces, the full range of his creative achievements remembered only by a small circle of devotees.
Today the internet provides protection and safe-keeping for our musical heritage but is still subject to the fickle nature of musical taste. Thousands of works hide in plain sight, not lost, but heard today, silent tomorrow. Or the opposite: unknown today, discovered tomorrow, just like our favourite Baroque pieces of yesterday.
Thank you for reading.
Carlos