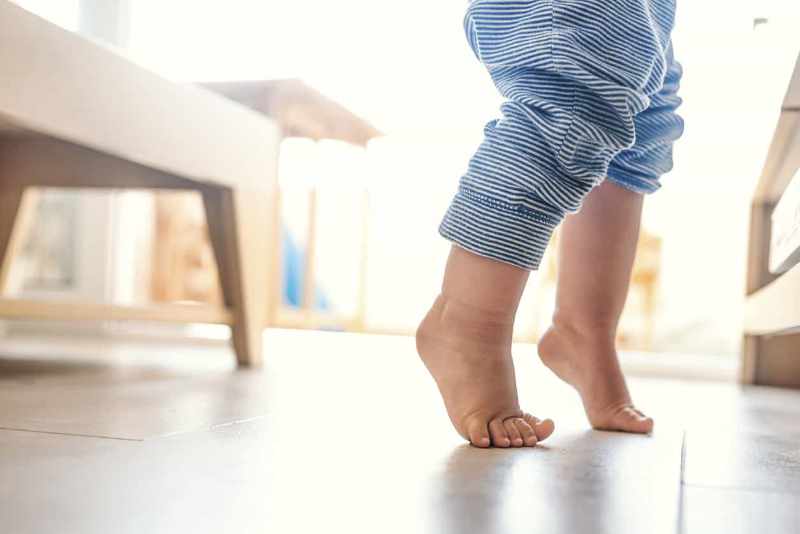 Guitarists Can Learn To Play The Guitar Like Toddlers Learn To Walk
Published: 11 October, 2014

– they have no idea, and care not a jot, for “doing it right” and why should they –

Actually I was in dream-land – my mind had drifted off somewhere while standing in one of those tedious queues typical of airports. It was my fourth one of the hour at the Rome terminal – and has a more apt word ever been coined? Terminal boredom, interminable corridors, end-of-term terminal congestion. Anyway, in my head I was somewhere over the rainbow in bar 15 or so of Shostakovitch’s waltz. I have arranged it for guitar and played it for the first time from memory last night.

Stood as I was in the confines of a self-imposed space with one hundred and seventy nine people in front and about the same behind, I suddenly felt a tightening of the trousers and a faint grasping. Before you get any crazy ideas let me tell you what it was. Jolted out of bar 15 I looked down to check my attire and spotted a very small hand holding on to my shin, as if it were a handle. Was it the hand of a hobbit, or a gnome come to life?

Neither. It was the hand of a beautiful, cuddly toddler boasting the best part of 15 months of age, staggering about, moving from one prop to another. What better targets to challenge the ambitious young mind than those vertical supports we call legs – any legs literally to hand?

Ah, but look – I heard her think to herself – at that open space. I wonder whether I can make it all the way across that vast area to the distant wall? And off she toddled, waddling like a duck, but as fast as an anxious pigeon. Made it, phew! Better get back to mummy. Ooops, just fallen down and landed on my backside. No point making an issue of it so I’ll get up and carry on without breaking, er, rhythm. Yes, you may have guessed where I am going with this in parallel to guitar playing.

Let’s call it the toddler technique. It is an awful technique.

I mean, worse than awful – plainly no technique, just grit and determination.

The only thing that mattered to the toddler was getting there, no matter how. Hold on to legs translates into anything you need to make it through the musical phrase. Falling down means making a mistake, yet – and this is a big yet – picking yourself up and carrying on as if nothing had happened, rather than lingering over the fret board while you gather your senses to get the fingers back into the sequence. Precious seconds tick past and all momentum is lost. Fingers dither. The musical phrase is forgotten. Hang on, wasn’t that our target, like the toddler’s wall?

Sooner rather than later the toddler will walk with total security and poise, having started out unawares of either. The toddler is end-driven, not means-driven. She has no idea, and cares not a jot, for “doing it right”. There is a lot to learn here for musicians.

Those were my thoughts as I inched my way towards the boarding gate together with fellow passengers. Now where was I in dream-land? Oh yes, at bar 15 in the Shostakovitch waltz – playing it through to the end in my mind. I might not recall a note or two, but so what, it’s no worse than the toddler falling down. I’ll just pick myself up and carry straight on. And as for technique, what has that to do with it?