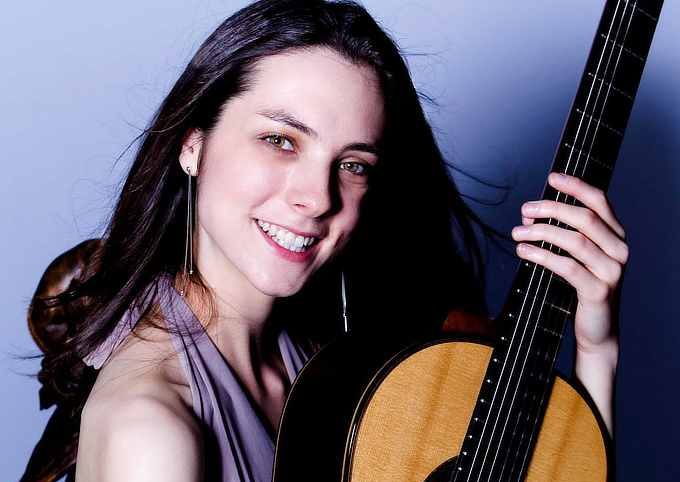 Following her stunning Wigmore Hall recital on 21st November here is your chance to catch her again in London playing at the UCL Guitar Students’ Christmas concert when she will present and play a selection of solos. Laura Snowden is one of the outstanding musicians of her generation: guitarist, arranger, composer, and a founding member of the folk ensemble Tir Eolas. 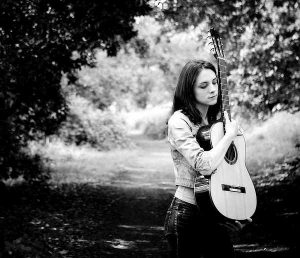 Preceding her, students from the Performance and Ensemble classes will perform a variety of music including Lalo Schifrin’s Toccata arranged by Rob Beer. One of Schifrin’s most recognizable and enduring compositions is the theme music for the long-running TV series Mission: Impossible. UCL guitar classes are open to dedicated amateurs, students and professionals and are directed by Yours Truly. For more info and if you would like to join write to me here at the website.

More about Laura Snowden:
A winner of numerous national and international awards, Laura Snowden was selected by Julian Bream to give a recital at Wigmore Hall in November 2015 for the Julian Bream Trust, including the world premiere of Julian Anderson’sCatalan Peasant with Guitar, commissioned by Bream. She is a founding member of folk ensemble Tir Eolas, who were invited in June by guitarist John Williams to perform at his critically acclaimed series in the Sam Wanamaker Playhouse at Shakespeare’s Globe. Winner of the Ivor Mairants Guitar Award and a Tillett Trust and St John’s Smith Square Young Artist, her recent solo recitals include Buxton Festival, Lake District Summer Music Festival and Guildford International Music Festival.

As a composer, Laura’s music has been played on BBC Radio 3 and premiered at Sadlers Wells, Deal Festival and London Guitar Festival; her song Live Free was performed at over three hundred simultaneous concerts in over sixty countries for the charity Voices for Hospices. She has collaborated as a composer with the Royal Ballet School and the London Film School and was a winner of the Alienor International Harspichord Composition Competition 2015.

Laura’s folk ensemble Tir Eolas released their debut album Stories Sung, Truths Told earlier this year (‘the band’s accomplishments are legion… sounds like anything but a debut recording’ FATEA May 2015). Recipients of the inaugural City Music Foundation Award, the band have appeared at venues as wide-ranging as Bestival, Royal Albert Hall and Kings Place.

Laura is a passionate advocate for creativity and self-expression through music, particularly in her composer-performer partnership with violinist and composer Joo Yeon Sir, for whom Laura was commissioned to write a piece by the International Guitar Foundation in 2014. The Snowden-Sir duo were invited this year to give a series of workshops at the Royal College of Music’s Junior Department, resulting in twenty eight new pieces being written for the duo.

Laura is currently undertaking a year-long Young Artists Residency at St John’s Smith Square, and appeared on BBC Radio 3’s In Tune earlier this year to perform live and speak about the residency. Presenting an eclectic series of concerts which draws on both classical and folk traditions, she most recently collaborated with percussionist Ruairi Glasheen, in a concert featuring their own improvisations, compositions and arrangements.

Laura began her studies at the Yehudi Menuhin School, where guitar tuition was made possible by the Rolling Stones. She then went on to study guitar and composition at the Royal College of Music, London, winning the Guitar Prize in her first year. During her time at the RCM, she was selected for the Tillett Trust and International Guitar Foundation Young Artists Platforms, and won First Prize at the Ivor Mairants Guitar Award and the Ligita International Guitar Duo Competition with duo partner Tom Ellis.