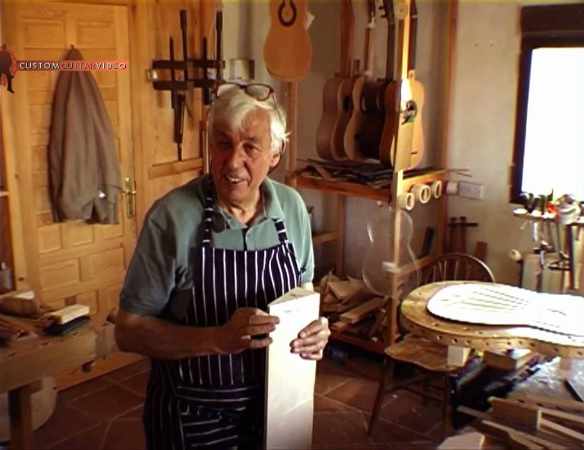 No Rain In Spain These Past Two Weeks
Published: 3 August, 2014

Back in London after a great two weeks in Spain, where the sun only stopped beating down on my bald head when the moon came out. My activities centred round the very first Guitar Festival in Siguenza, Guadalajara.

The Festival called “Guitarra” described itself as “a 3-day international music festival organised by Jose Luis Romanillos (Jnr) dedicated to the celebration of the guitar in all its forms – classical, flamenco, jazz, acoustic and electric. The festival takes place in the medieval town of Sigüenza, situated 125 kms north-east of Madrid which is the home of the celebrated guitar-maker and author, Jose Luis Romanillos”.

Siguenza is a small town, so small that if you blink you miss it. With a population of barely 5000 people it would not take long to be on speaking terms with most of them – give me 6 months there and I would even write you an account of complex family relationships and related juicy gossip! But Siguenza is more than just another sleepy town an hour and a half’s drive out of Madrid: it is a return to a bygone era – a wonderfully preserved medieval town with castle and cathedral, completely untouched and unspoiled by more modern architecture. Peaceful it may now be, but its history is as turbulent as any you will find in Spain. It has been under the control of Visigoths, Romans, Moors and Christian Castilians. Tell-tale signs of the Moorish occupation are everywhere, although their influence is not fully acknowledged in tourist guides. In the Spanish Civil War it became a battleground between the opposing forces.

It is here in this peaceful retreat that Jose Romanillos has made his home for many years and created a museum which includes some of his collection of notable instruments. Although it may not be in the collection, I was fortunate enough to be the first (together with Gilbert Biberian) to play one of his guitars in concert, way back when I was just 17 years old. I will never forget the look of amazement on Romanillos’ face after the concert!

Its beautiful Cathedral, castle and streets gives this quiet little town now a great sense of tranquillity, yet under its pavements and behinds its facades the ghosts of war and conflict linger. So against this backdrop, enter the very first Siguenza Guitar Festival in honour of the great guitar maker Jose Romanillos. He has dedicated his life to making beautiful instruments in the footsteps of the first maker of the modern instrument Antonio De Torres about whom he has written a book Guitar Maker-His Life and Work .

The Festival was also an occasion to screen the first showing of the film José Luis Romanillos: Guitarrero, directed by David Herranz, a moving account of his life, struggles and accomplishments, as well as present his latest book, about making a Spanish guitar. Among the events was a performance by my old friend Paco Peňa and an off-the-wall late night show by Stradivarius, a quartet of girls in a classical cabaret who provided a complete send-up of classical pomposity.

The Festival is organised and directed by Jose Luis Romanillos, son of the guitar maker. Members of the family were all around for this special occasion and celebration.