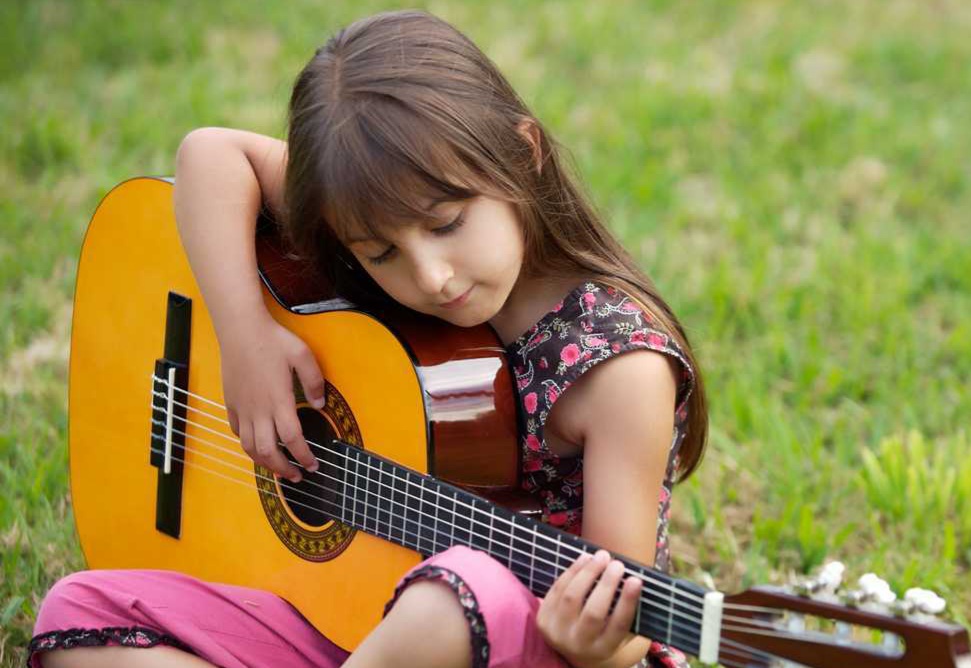 Technique Or Musicality – Chatter In The Guitar Jungle
Published: 13 November, 2021

Which comes first, technique or musicality? Pose the question and a discussion can quickly become animated.

Put more bluntly, but not meant unkindly, the chatter in the guitar jungle flares up like the excited conversation between chimpanzees high up in the trees. What are they going on about and why the fuss?

I may not be able to explain the chimp behaviour but I may have an answer to the question that provoked it.  The clue to it lies in the chicken-and-egg-which-comes-first puzzle, so here goes.

For some years I took part in the summer schools directed by the late Jane Bentley, guitarist, composer, and teacher. She had a special gift with very young children. On one occasion that I witnessed she worked for an hour with a group of five, none older than 6 years of age. They sat or knelt on the floor, as she did too. Instruments included tambourins, triangles, a rain-tree, and a guitar or two.  A slow, intense, meditative piece emerged, with a beautiful sonority. There was no music or footstool in sight, and no talk of technique. The children relied on interaction, listening, feeling the mood, and creating spaced-out sounds. It was magical.

Adults are perfectly capable of the same creativity once they set aside preconceptions. These include improvisation being the preserve of only brilliant musicians, and that a piece created, rehearsed, and performed within a short time span has less value than a difficult piece needing lots of practice. The common thread is the mistaken identification of complexity with significance.

Yet, with no prior musical experience some young children may become hooked for life on music and its bewitching spell.  They will have had a hand in its creation and performance through their own precocious participation.  Some will wish to explore more. To do so they will need to grapple with the demands required to play an instrument: they will have to develop a technique. As they do so new musical horizons will emerge. They in turn will demand further technical refinement.

So there is your answer to which comes first, technique or musicality. If you’re still thinking about it and are in need of further illumination go to a hen house and sit quietly to observe the chicks and eggs. But don’t tell the chimps.
Thank you for reading.
Carlos